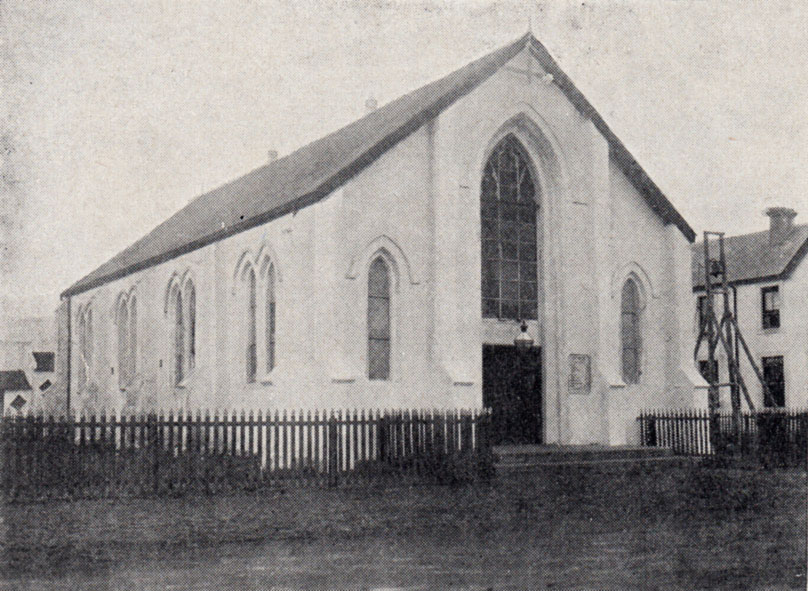 She says it is surely feasible to envisage a museum depicting and portraying numerous fascinating aspects regarding Strand’s colourful history within, say, a period of five years. The reasons for having a museum are too many to list, in her opinion.

Her vision for a ‘walkabout’ museum involves trying to get the Red Bus of City Sightseeing South Africa that is based in Cape Town and runs on several sightseeing routes, to institute an additional route that runs to Strand. The museum could be one of the main attractions.

“We could have a partially open-air museum,” says Dr Ross.
She envisages that the bus could stop on the parking area near the mosque behind a well-known supermarket, from where a historic route can be followed on foot:

– The tourists could proceed from where the bus would be parked, to the ‘Moedergemeente’, where they could be informed about the history of that church, and enjoy the architecture. The church could sell souvenirs as churches abroad do.

– The party could then proceed to the historic Zaavia Masjid, which could be renovated with funds that could hopefully be raised through public participation and intervention from large business enterprises with existing investments in the vicinity. Dr Ross notes that the property has over years suffered much damage through the movement of delivery trucks and she reckons that this damage has been caused to both the spiritual and the physical integrity of the mosque. In itself the mosque could also be a museum, she says.

A plaque documenting the history of the Helderhof Mosque could be erected on the outside.

(She further highlights the situation of the Helderhof Mosque:

“It became clear that two metres to the west, which was made into a public pavement, part of a road, and a municipal light pole, actually belonged to Helderhof. The new owner has erected a new wall, in which he rightfully claims that area back. This can be confirmed by visiting the site in Market Street.
“If the municipality never paid for the public use of the pavement, road and light pole, and a supermarket has been using these facilities for their large trucks, the question should be asked whether it was not unethical, or even a contravention?”)

– From here the party could proceed to the Market Building, which was erected in 1905.

– The next stop could be the medieval look-alike church on the corner of Market and Kort Street.

– The tourists could then proceed to the post office, where a plaque or signage is merited to acknowledge the first Muslim cemetery that used to be located where the building now stands.

– Lastly, the tourists could visit a restaurant with a view, for example Friedman & Cohen as our own “John Lewis”, or any other coffee shop / bistro that would add to their ‘Strand-specific’ experience.

She expands on her idea for a museum by suggesting that a building could even become a reality through combined intervention from interested parties and stakeholders.

“We could acquire a building for the purpose of housing a museum,” she says. “Or we could use green building methods (such as straw-bale / adobe*) to construct a building. And in order to save further on building costs (if it should become necessary), one could:

i. Recruit “friends of the museum” to assist with the planning.

ii. Set up a prize for the architect with the best plan – we might involve a university. The best design could be decided by means of a vote.

iii. Recruit volunteers (i.e. retired people, students and school learners) to assist with mixing the clay and filling/stacking the bags. Acknowledge the volunteers by means of certificates, etc. The labour aspect itself could bring communities together.

iv. Work out a structure by which individuals / businesses / groups could contribute and be recognized.

v. Build in phases.
(*An Adobe building is largely fire resistant, which should lead to lower insurance costs in the long run. It is also earthquake resistant, because barbed wire between the layers acts like Velcro. The building process could also bring the community together, because a lot of the actual building doesn’t require high-level skills, so volunteers could be recruited. Most importantly, it is usually a lot cheaper than conventional building, and the construction itself could be of interest to visitors.)

If you like this idea, please get in touch: we’re looking for investors, collaborators and ideasmiths! Send us an inbox message here on Facebook or an email to basheera.railoun@fandc.co.za