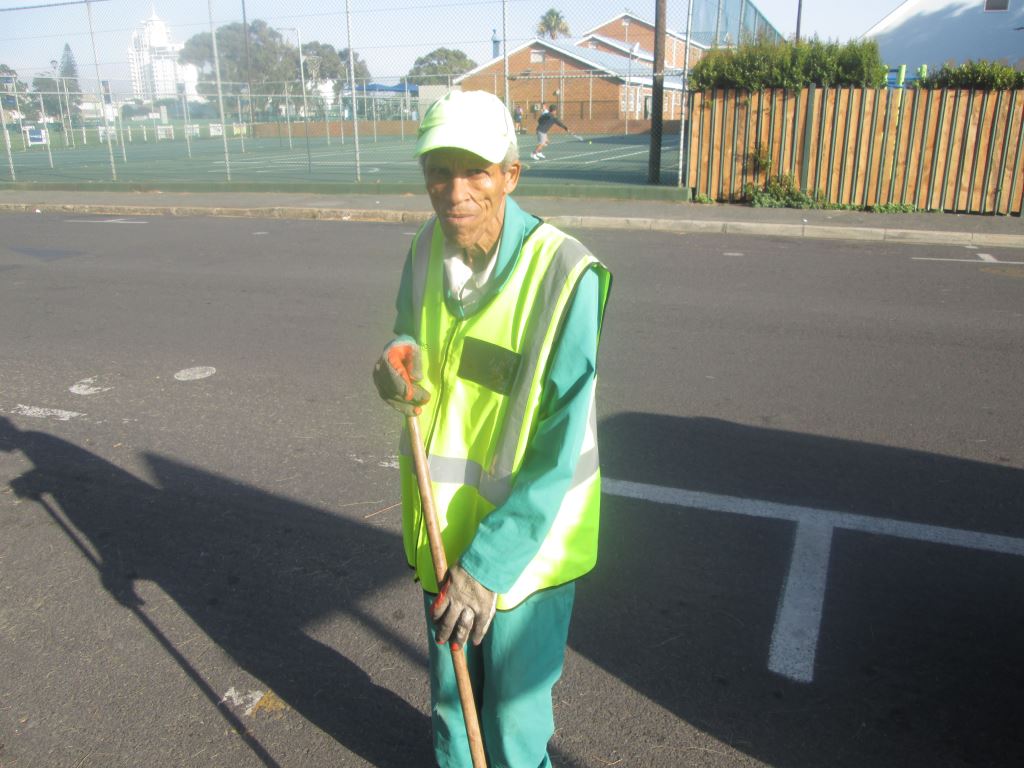 At 62 years of age he is still a diligent gardener and does not mind bending his back to pick up rubbish or to sweep the sidewalks.

Whilst Tienie had previously worked as a labourer on well-known estates like Vergelegen and Lourensford – especially in the nurseries – he had later lost his job. Tienie is one of four children, of whom three are still alive. Although he never married, he is very fond of children and never lets an opportunity go by without joking with them in passing or pulling a funny face to amuse them. Johan says children always respond to his attention in a positive and friendly way.

“One wonders for how long Tienie will still remain a member of the SWAT team. But one thing is certain: he has through the years made a huge contribution towards making the Strand a cleaner and tidier place; and there is no doubt that his friendly face will be missed by many residents and their children when he eventually retires.”